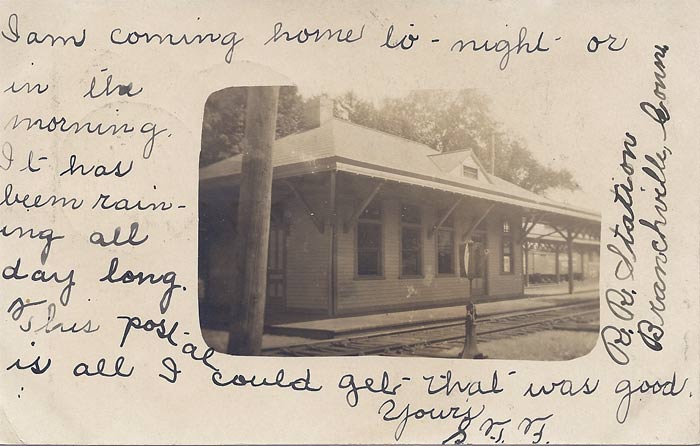 This view from, postmarked October 1905, may be the earliest known picture of the current Branchville Station building, which was built in 1905.  The main station building, now housing the Whistle Stop restaurant, is essentially the same today. Note that the sender, S.F.F., observes, "This postal is all I could get that was good" — a "postal" being slang for a postcard.

Here is another view of the station, probably from around 1908. 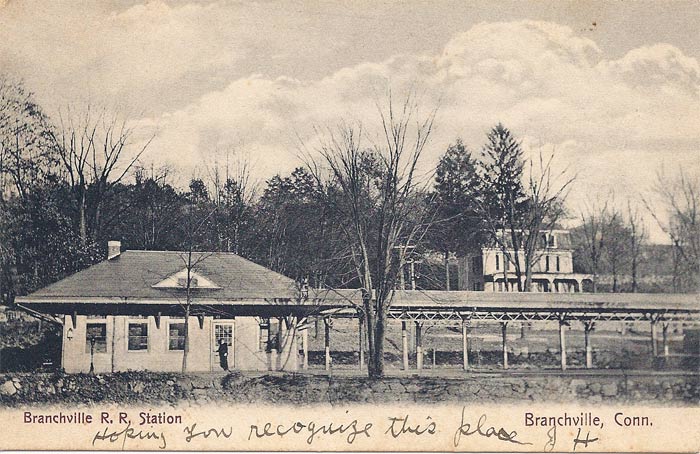 Note the man standing by the door; perhaps he is the stationmaster, or maybe just a customer. It's somewhat unusual to have a lone human in a postcard view from this area. The house in the background is still standing along what is erroneously called West Branchville Road, but should bear the more accurate name it once had, Old Main Highway. In fact, the road was part of the original Route 7 between Danbury and Norwalk, and in the 1920s, was called Main Street.