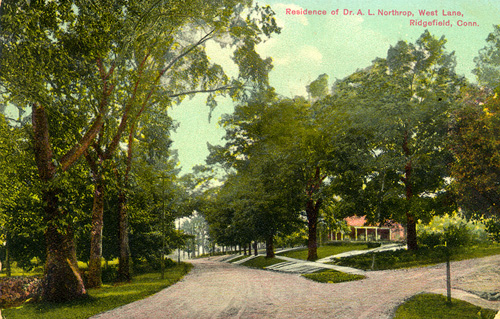 This view was photographed from just about the same position as the "looking eastward" shot. That's Parley Lane running off to the right.

The house, mostly hidden by the trees and beyond Parley Lane, still stands today in the triangle formed by West and Parley Lanes, and High Ridge. Back then, it was the home of Dr. and Mrs. Aaron L. Northrop, which they called "Good Cheer." Among the notables who visited that place was Warren G. Harding, then a U.S. senator, later President. Mrs. Northrop was the President's aunt.